So the most recent update added coloured wool along with a bunch of other cool stuff.
Not entirely sure why coloured wool wasnt in to begin with considering it was in the online version but not in survival mode.
Anywho, spent the morning making a few sprites to decorate my world 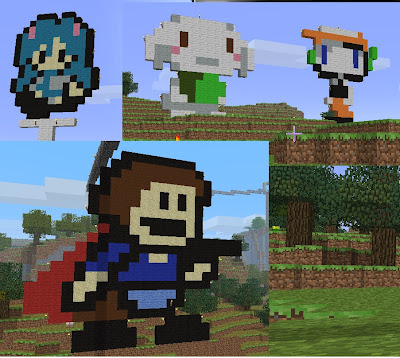 I think the cave story ones in particular look awesome, just because the colour palette is pretty much the same as that in minecraft wool colours