Note: Pictures will be uploaded when i come back home, along with formatting and stuff.

Had an amazing midnight-4am playing left4dead 2 with L-fel , then went off to heathrow to fly, everything went fine, 1 hour plane trip to Germany, everything still fine, Plane trip from Germany to Japan, weighing in at around a 13 hour flight, I was very very glad I had made the conscious decision not to sleep at all that night because I was able to sleep through a fair bit of the flight, making it significantly more bearable.
Inflight food was a chicken Katsu curry with Soba and fruit salad, and breakfast which was an omlette thing with potato bits, the soba in particular was lovely, and got us thinking that if aeroplane soba is this good then the official stuff you can find in the restaurants must be godlike.
On a bit of a downer note, upon leaving the airport, I realised I had left my PSP on the plane. Fuck.

So we had to travel from the airport to our hotel situated just outside of Ikebukuro, the tube in Japan is crazy, with about 10 lines, private lines and the JR line (which is different somehow). We eventually managed to make it to our hotel, check in and meet our overly friendly host.

The hotel is a modernized traditional Japanese ryokan, meaning shoes off at the porch, sliding doors, tatami mats, and futon beds, Its comfortable enough, whilst not being quite comfortable enough that you’d want to switch to that lifestyle anytime soon, but for the 3 + 2 days we’ll be staying, it’ll do the job.

After check-in and a freshen up (since, because of timezones we essentially went for 2 days without a shower/toothbrush), we were let loose in the city, we started at our local major area, Ikebukuro, which (typing this on the 2nd day) actually just seems like a jack of all trades master of none sort of dealio, plenty of small shops and a few large ones and a decent mix of all of the shop types. We had our first proper Japanese meal here, Sushi! What else was it going to be?

Stupidly, i forgot to take a photo, but it was a small bar style restaurant with a conveyor belt, a few highly skilled sushi chefs behind the counter who would prepare random sushi, or anything you requested, the portions were pretty cheap, at around 130yen each (about £1), trying to work out how to pay was awkward as I had no idea how to ask for the bill.
Towards the evening we went for Akihabara, the famed mecha for otaku, which, if im honest, was very tame compared to what I envisioned. Sure, the main streets are decked out in 4 floor high advertisements for video games and anime but… I dont know, I guess I just pictured it being way more ridiculous.

We toured the main street and a few of the side streets, but realistically the place spans about 6 square blocks so we probably missed a large amount of it, We did however get to see most of the main stores (i think), including 4 gigantic sega arcades, 2 pachinko parlours, a few anime/figurine shops, some technology department stores, and ‘gamers’ which is probably Akihabara’s most famed store (7 floors of anime/games/manga). 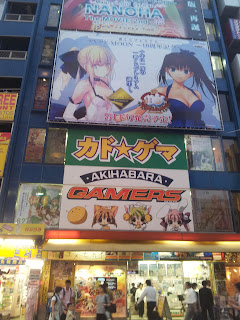 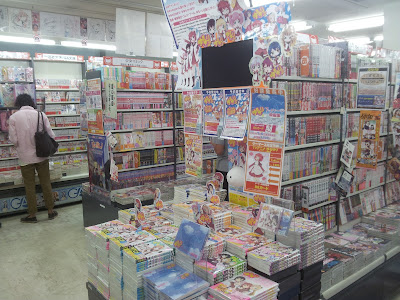 The arcades are sick. Like… goddamn. 2 Floors of crane games, 3 floors of linked fighting games (PVP enabled to fight the person opposite you, ranging from P4, Tekken, VF5, Melty blood, Blazblue, SF4 – Tekken seems the most popular though), then there are the music games including the newly released Maimai (looks like a washing machine, google it) and Hatsune Miku Arcade (which is incredibly popular), Almost all of the arcades also have at least 12 machines dedicated to ‘Gundam Extreme VS Full Blast’, some having 1.5 floors dedicated to it at around 24 machines per floor and roped out queue zones – From what I can gather its a 4v4 3d fighting game with fully customizable gundams and stuff, id probably play the shit out of it if I lived here because it looked pretty fun. 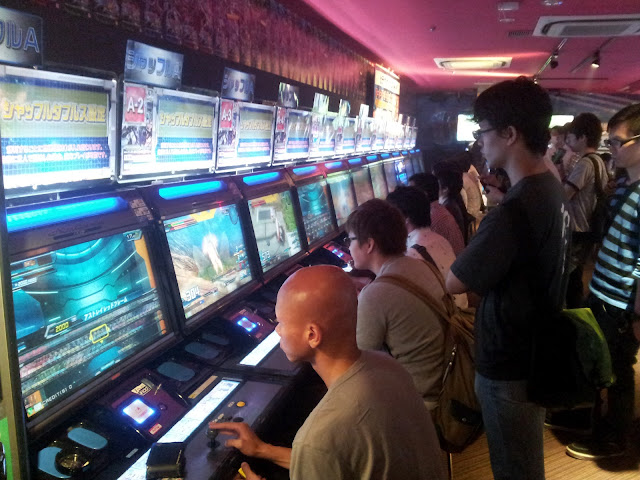 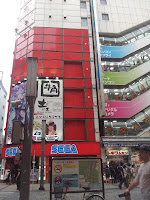 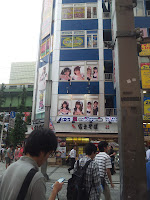 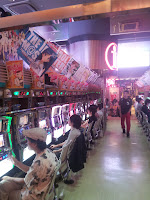 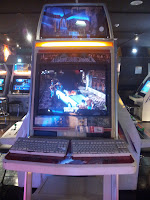 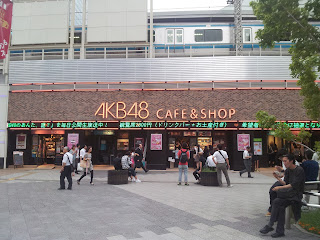 Somehow, despite having a fair look around, Couldn’t really find anything that I really wanted to put money down for (I would have considered IIDX/PopN controllers, Arcade sticks, Hatsune Miku nendroid, Good looking figurines under £50 of shows that I like), My brother bought a copy of shounen jump which he cant read, but I guess thats pretty cool just because it is unique (they are also cheap as fuck here, a compilation manga as thick as 3 fingers will be under £4), which shounen jump being only 240yen (£1.70?) – its no surprise all the kids here read it)
We didn’t visit a maid cafe, but god were there a lot of maids on the street trying to get people to come in, also a few pervy stores featuring ona holes of your favorite anime charas and stuff. Also, the panty vending machine is an urban myth. (as far as I saw anyway)