We had an early night since most of us were jetlagged and deprived of sleep, I was also woken up at 4am by some incredible thunderstorm.
We left the hotel early and headed for a local bakery outside of the station to get some breakfast before leaving the area, I had some sort of croquet bun and a chicken curry bun – both were tasty as fuck.

After eating, we headed to the opposite end of tokyo to Shuichi fish market – supposedly the largest fish market in the world, and it definitely looked it, we only walked around and saw a brief portion of it but it was pretty incredible (and this was after half of it was already closed as it was approaching 10am), apparently it is busiest at around 6am, with fish auctions occuring at 4am in the morning.

We also saw a guy cutting up a frozen tuna about as large as himself, with a bandsaw, it was hardcore.

The outskirts of the fish market was lined with sushi shops using the fresh fish, queues outside all of them, and nearby to the fish market were shops dedicated to the craft – fishing gear, sushi knives, condiments, seaweed and seafood ramen shops. 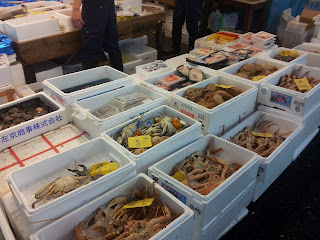 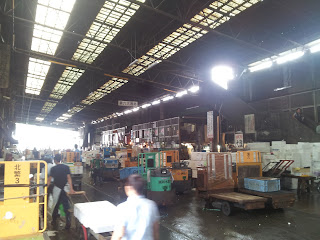 Next up we headed to ginza, more of a traditional city setting filled with department stores and the likes, we headed into a few of them, but as usual, only for food…
Apparnetly the bottom floor of department stores here is dedicated to food, packed out with deli’s selling everything from mochi to salads and grilled meats. We spent AGES just walking around looking at food, trying some of it.
We also saw some masuke melons, which apparently sell for 21k yen each (aka. £200 each) 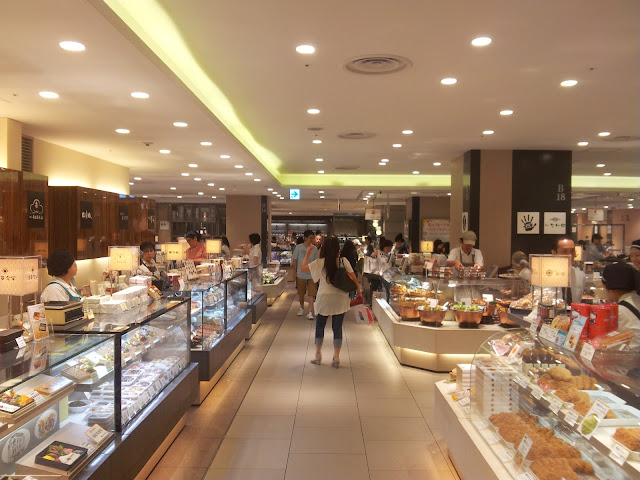 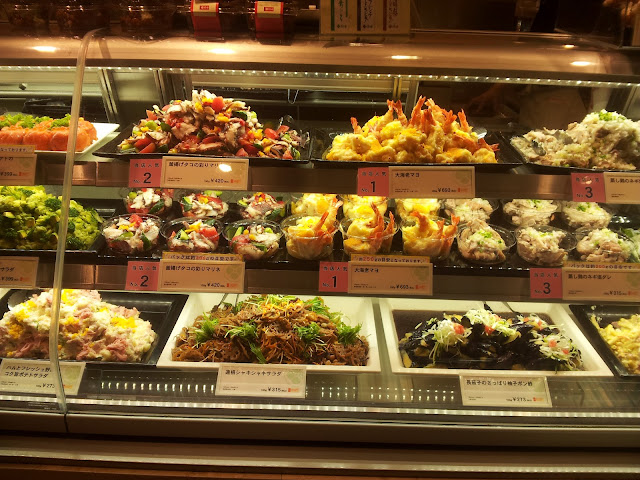 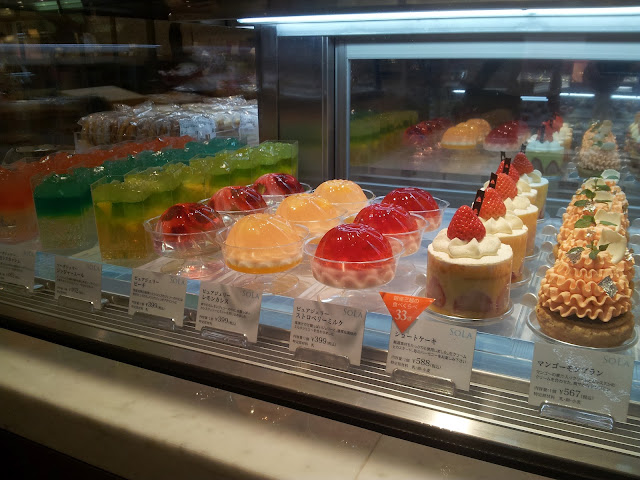 Next, Asakusa, or more importantly, Asakusa temple, the road of which is pretty much a half mile strip of shops, we tried all of the famous japanese festival foods, shaved ice with syrup, taiyaki (custard variant) and takoyaki, all great – but the takoyaki was somewhat underwhelming if im honest.
Bought my first souvineer in one of the shops here, a classy looking black tie with Fuji-san hand painted on.

The temple itself was huge, and packed out, we did half the ritual stuff, cleansing the soul with fountain water, and drawing luck from the temple via the wooden sticks – figures that id draw bad luck (with sub-info including stuff like ‘you wont find your psp, you wont get a new job, you wont find a girlfriend’ and more, fun shit. I guess I wont even bother til next year then? 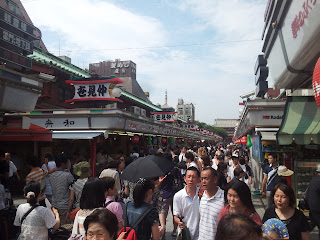 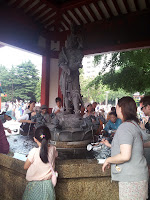 We started winding down our day by going to Ueno, featuring loads of shops and a massive park – plus a lake filled with lotus flowers. 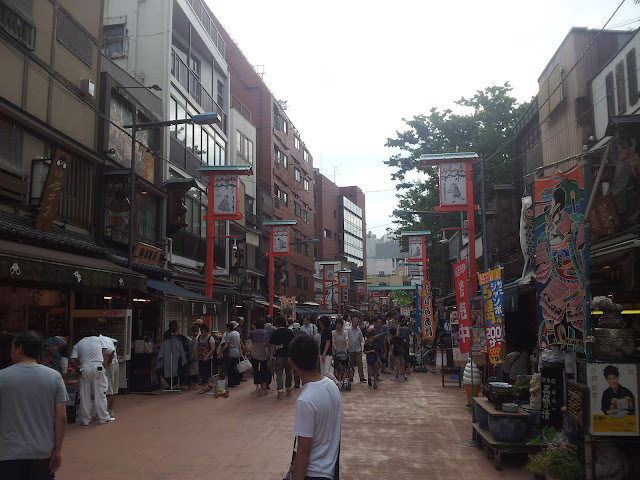 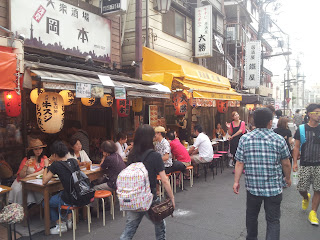 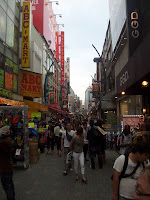 Visited another arcade here which had the usual, plus some crazy gambling games (24 person horseracing bettiing machine, with a 100″(?) widescreen and lots of touchscreens for players) and a super crazy machine which was like a pod you sit in, and has a curved projector screen in front of you which has a game on, twin joysticks, multiple buttons on the side, surround sound, a headset jack (and headphones for you to speak with teammates in other booths), I didnt try it since I honestly have no idea how the fuck it works, but I sat through the demo and my god it looked fucking insane, it was a robot fighting game (of course) but the whole screen shakes when you move – and with the screen being all of your viewing angle, the effect is impressive.

Dinner was in a place specializing in tempura, I had a set including Rice, Tempura (prawn, pumpkin, aubergine) and cold soba with sauce. It was so fucking good. The prawn tempura in particular was just incredible, and the cold soba dipped in the sweet/salty sauce is a real experience, you’d think cold noodles would be weird, but it is such a welcome change in a country where it is 30 degrees at all times (even when its cloudy)

Me and the brother decided to head to Akihabara again after dinner, just to have another quick look around as it was only 2 stops away, checked out a few shops we missed last time and had a bit of a play around in an arcade (played some IIDX Lincle). Still couldnt find anything to buy, did go into a music shop though, the shops most popular albums/singles are a little different to that of the UK. Was almost tempted into buying a Perfume album but the music disks here are surprisingly expensive (around £20 for an album or around £10 for a single?)

And so ends Day 2, tomorrow, ghibli museum, Shibuya and Harajuku..