Day 3 began in Ikebukuro, with us having a bit of a browse around and looking for a place to eat, we were given a sign from above in the form of a small restarant opening as we walked past, a line had already formed outside and started moving in so we figured if the locals are willing to wait for the place to open, it must be pretty special, the locals were right – I ordered ramen with a cut of pork, however it was a little different to typical ramen soup because the soup was thick like a sauce (i think it was an egg sauce), the pork was also amazing, and I think they knew that because they only give 1 slice with each meal by default.

After eating we had a little more of a wonder around Ikebukuro where we found our first music game arcade, filled with all of the latest and greatest – including some ive never even seen before (on display, for those who know what im on about: IIDX Lincle, PopN 20, Reflec Beat, Jubeat Copius, Sound Booth Voltek, GF X7 x DM X7), I was in paradise, and as it was a smaller arcade than the ones in Akihabara, they had 4 song enabled (as opposed to the measly 2 songs you’d get in Akihabara), £5 and half an hour later we emerged from the arcade basement and set out for Mitaka via train.

We got a little lost on the way, taking a train heading in the opposite direction, and then having a train reverse direction on us, but we eventually got to Mitaka, where we boarded the catbus (yes, catbus) and headed off to the Ghibli Museum. 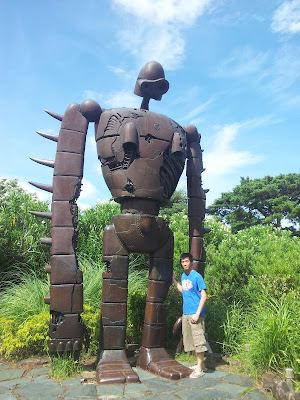 The Ghibli museum was small but efficient, with only a handful of exhibits and an terrifyingly priced giftshop, it manages to impress, amaze and make you appreciate the true beauty of the works of Studio Ghibli, hand painted art blankets the walls of the one of the exhibits whilst another has a spinning array of sculptures which, when coupled with a blinking light going at 24/min, gives the effect of full 3d motion animation.

Oh, and there was a gigantic fluffy catbus inside for kids to play on, sadly im not a kid, but fuck man, catbus.

Going back to the gift shop, there was some really REALLY cool shit for sale here, a scale 3d model of the town and caves of Laputa for £8000, or the blue crystal necklace sheeta wears, or models of the ochre from Naussica (about half a foot long), also as expected, lots and lots of fluffy toys, I bought a deck of Laputa cards (which i just opened as of writing this post), they basically contain the entirety of the film – which is cool as fuck but completely ruins any hope I ever had of using the cards to play with.

Next up, we headed 2 stops down the way to Nakano, famed for Nakano broadway – a small shopping plaza filled with nerdy stuff, it actually kind of felt like a cheaper, sleazier Akihabara. This is where I ran into Mandrake, whose shops were spaced throughout the plaza and were filled with anime/manga goods, I MAY have accidently bought way too much money’s worth of figurines (a Hatsune Miku one, and a Jojo one – the latter being an impulse buy but sort of felt right considering my website has been a play on the Jojo’s series from the start). Im not going to say how much they are because it makes me feel bad inside, but they are not cheap at all, infact even the 5cm tall Nendroid figurines start at around £30 and can go upwards of £100 depending on rarity, the figures I bought are about 15cm tall I guess (but arent 3x priced dont worry). 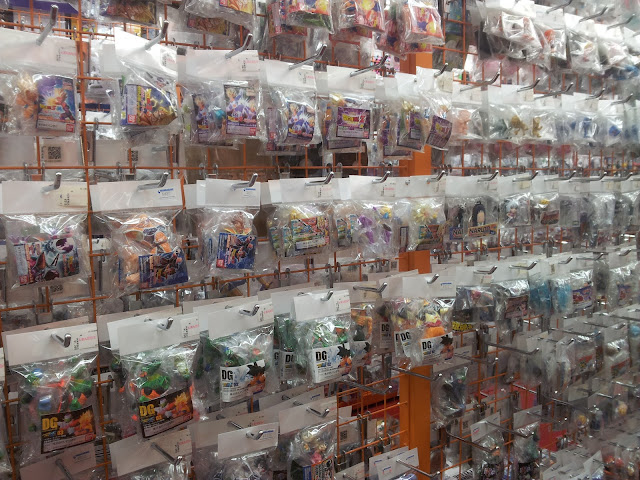 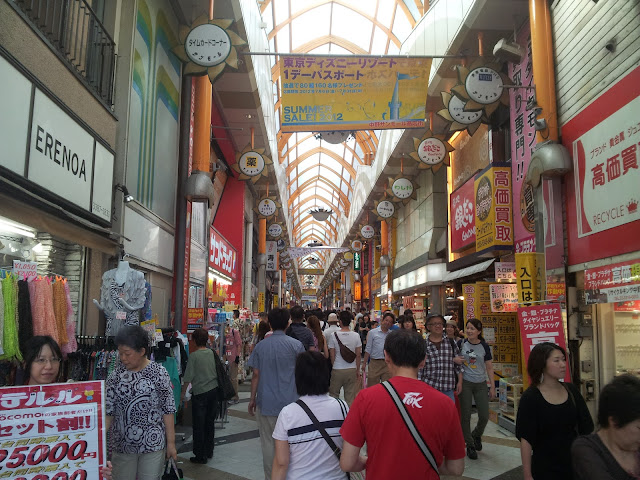 As we were leaving Nakano we heard the sound of Taiko in the distance. Following our ears lead to a nearby festival style performance – 20 or so drummers, some strings, about 10 underaged girls dancing about, etc etc – It was nice to see an authentic one of these being performed, and after they finished the invited everyone in to take part in a festival dance – which a pretty good number of locals joined in with, and actually seemed very excited to do so, kind of weird coming from a society where nobody would want to participate. 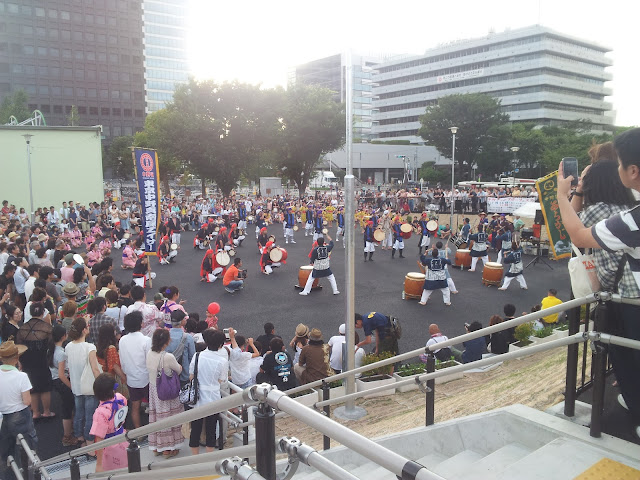 Last stop for the day was Harajuku, famed for its fashion culture (or lack of as we witnessed a few times), the entire district was full of clothing shops, roads and roads of it and in every style imaginable (fluffy, poofy, flashy, gothic, hipster, skater, gangsta…). 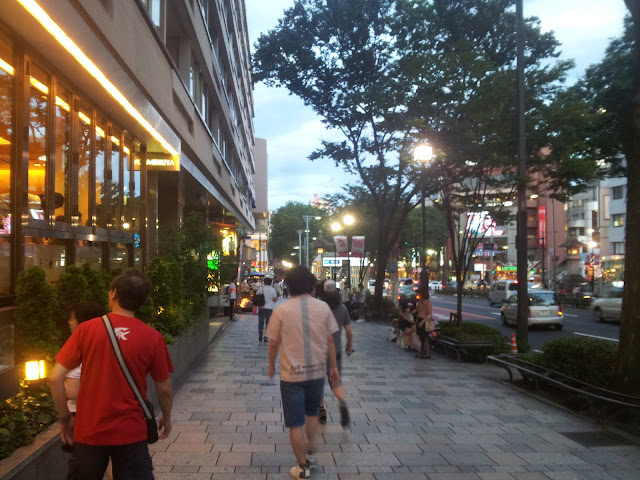 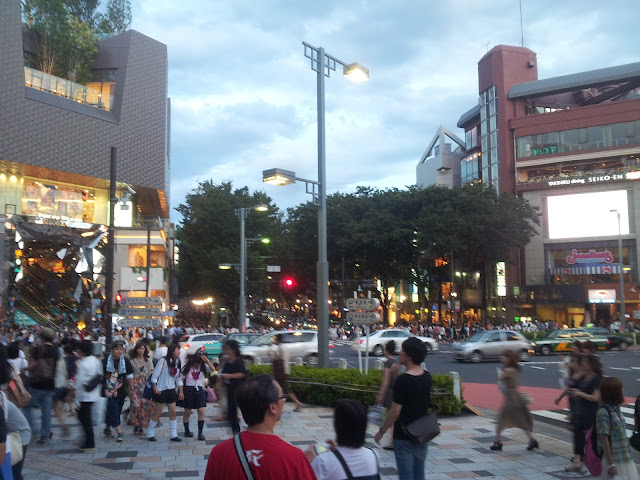 Dinner tonight was hard to find, Harajuku literally flooded with fashion/clothes shops meant it was hard to fnid somewhere to get food that wasnt ‘foreign’ – and by foreign i mean western – I can only assume that because everyone that goes to harajuku is so hip, they are too cool to eat standard japanese food (the equivalent of hipsters eating at a fish and chips shop in UK i guess). We somehow ended up at possibly the most expensive place in town, a Yakiniku restaraunt on the 5th floor with our table on a balcony overlooking the city crossing. We had some real language issues here, with our waiter only speaking very very basic english – we thought it would be fine at first because we went for a buffet option, however buffet required re-ordering as much as you like, and we didnt know what the hell we were ordering, everything was brought at first but then we were on our own, with only the restaurants posh touchscreen guide to try and help us, the problem here being that even though it had english translations, the translations were along the lines of  has ‘Reba’…. also known in english as Liver, this was the easiest to understand part of it as well, ordering meat would sometimes yield delicious strips of beef, and sometimes would yield some sort of bizarre stick of inedible fat. It was still a very nice meal regardless, but painful – both for us and for our waiter, who understood fuck all of what we were trying to ask him.

Tomorrow we are out of Tokyo for 5 days and going to Kyoto, not sure if there will be wifi there like we have here, I hope so, but I may very well be on hiatus for a few days (which will really fuck me up as these blog posts take up to an hour to type out, and are harder to type up the longer you leave it)