A pseudo check-out of our Tokyo ryoukan and it was off to the bakery for breakfast, tried going for lots of little things today as opposed to a big one, and ended up buying a mini-melon bread, frankfurter bread, Custard cone (lucky star style) and another croquet bun (because that thing is just delicious). All were very nice, with a special shoutout to the melon bread.

Not sure if I mentioned this yet, but AKB48 is the equivalent of god here, they are in 10% of posters, occupy entire floors of crane games in Akihabara, top the charts, have their own cafe, have their own chocolate shop, work their way into music video games, have an anime series, a stage show, a tv series… Its really something on another level.
I say this because the station where we catching the train had lots of adverts for their chocolate brand

Off to tokyo station to catch the shinkansen (bullet train) was a pretty simple journey via the trusty JR Line, we bought a few bento boxes to take on the train for lunch and then sat around waiting for our train (spent in the waiting room listening to Japanese music and having a browse through my English>Jap Dictionary.

The trip to kyoto was mostly uneventful, although we got to see Mt Fuji as we were passing through, along with a ton of rice fields and nice scenery, lunch was nice, although I feel most of the stuff in there was an acquired taste.

Kyoto itself seems amazing, kyoto station in particular is gigantic and linked to multiple subway lines, multiple overground lines, the shinkansen lines, and 3 (fucking 3!) shopping malls – one which goes from 2F up to 11F, one which goes down from 1F to B2F and the other is called ‘the Cube’,  which is a badass name for anything, nevermind a shopping mall.
If only i could say the same for the journey from Kyoto Station to our hotel, which was akin to trekking the sahara, the sun today was psychotic, and the temperature probably hit around 33deg (humidity didnt help one bit either) ,so much for the weather forecast of thunderstorms that were predicted when we were checking from England.

Our new ryoukan looks alright, we’re in one big room this time instead of 2 small rooms, and our aircon kind of sucks, and the bathroom is small and if you’re taking a shit and you lean forwards too much you hit your head against the door, but its alright.

The bottom floor actually has some of the infamous capsule hotels, albeit they are the luxury ones which you can enter from the side and dont have to crawl into like a coffin, I sneakily took a pic of some white girls room as they went out briefly… 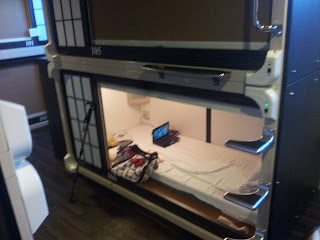 We were informed of a festival taking place in the evening and tomorrow, but for the meantime we decided to check out the shopping malls near to the station – and by check out – I mean we went to the basement floors as usual and walked around all the food stalls and deli’s , it was a really busy one, packed out with both customers and delicious looking food, we sampled some redbean jelly stuff, and yakitori (grilled chicken on a stick), some meaty…breaded…thing… All very nice, browsed around a little more and then headed off to the festival place. 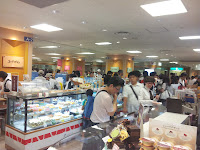 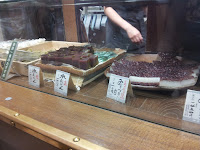 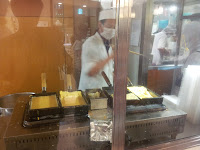 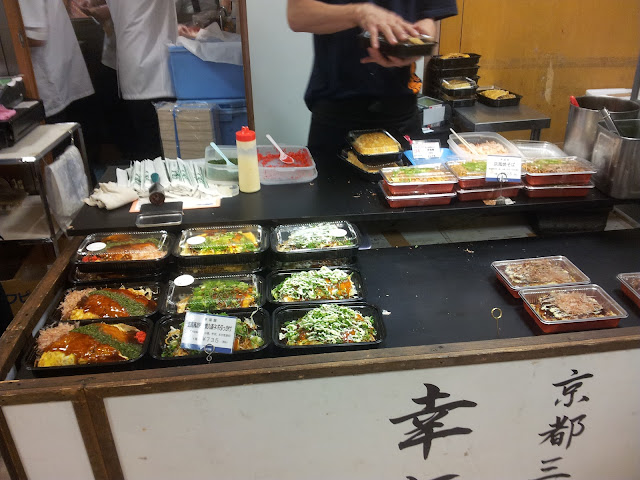 It was at this point in time that I realised what an incredible country Japan is, when the area requires it, staff come out in masses to minimize the chaos. As soon as we hit festival area, security and station staff were directing, traffic redirecting, making sure people walk on the left, telling people where the stairs are and where the escalators are, as well as shouting trains are arriving/leaving, etc. And then you hit street level and there are police fucking everywhere, I suppose when you have a massive population, you learn to adapt.

The festival itself was incredible, and surprisingly similar to what you see in anime, only way busier. Guys and girls out in traditional garb (kimono’s everywhere) and festival games like cork guns, fish catching, ball something.. etc. And then there was the food, yakitori, roast sweetcorn, cucumber, takoyaki, yaki-ika (grilled squid), okonomiyaki, rice wrapped in pork, Kakidoori (snowcone), deep fried chicken and prawn, yakisoba, crepes, savoury crepe on a stick with extras, toffee apple, jelly orange, and probably loads of other stuff, but there was SO MUCH FOOD and everything i tried was FUCKING DELICIOUS.
God i love this country. I don’t know how the hell id live here, but i’ll be damned if im not going to try.
Im also going to go ahead and say that the average girl here is way slimmer and prettier than in the UK, its also pretty hard to not look cute when you wear a kimono and flower in your hair. 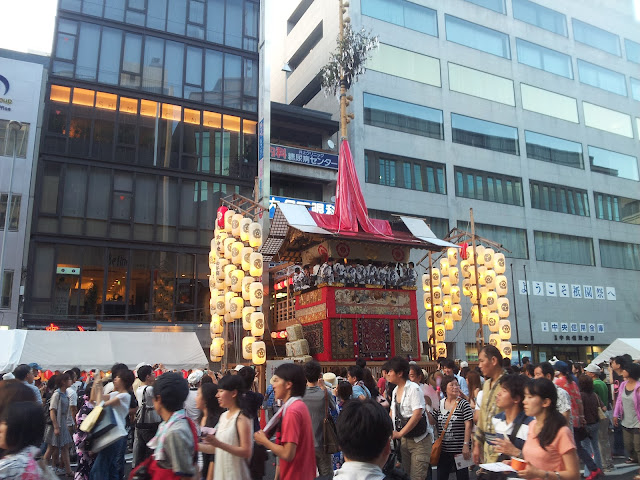 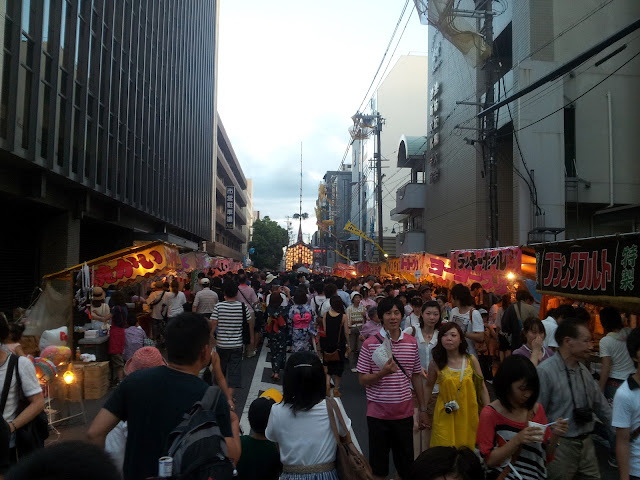 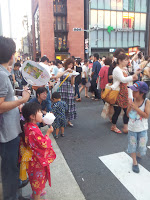 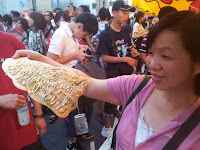 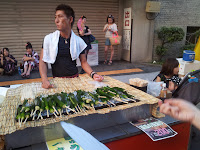 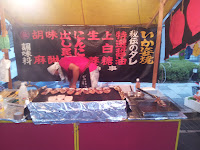 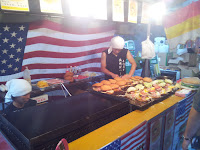 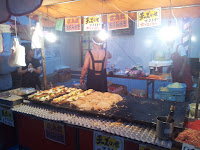 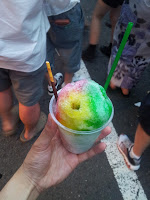 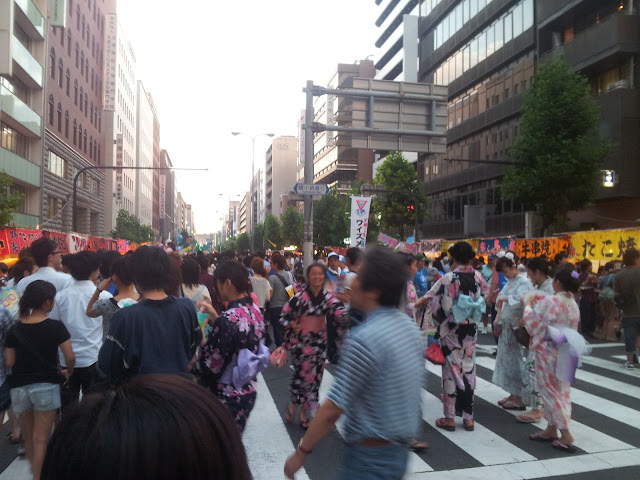 One more thing ive noticed here, people sell their goods like they are at a market, its not unusual at all for cafes/shops/services to stick a cute girl outside with a sign and scream about their offers (even the starbucks beside the festival area had 2 girls out trying to get people in to try their frappes). 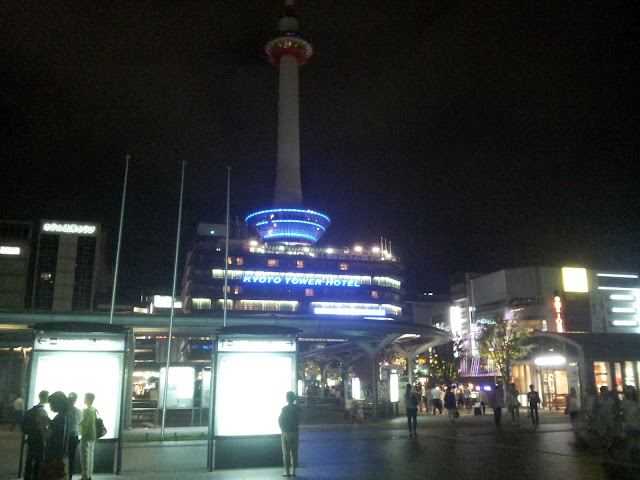 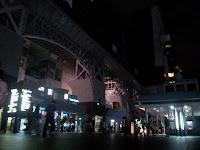 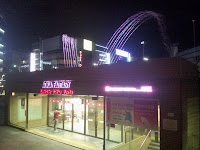 After returning from the festival we had a little look around the station area, took the escalator up to the 11F area and had a peak out at the kyoto skyline (which photographed badly at night sadly), we also spent about 15 minutes watching a synchronized music water show – held by the train station itself no less. Grabbed a little snack from the local convini (onigiri with prawn mayo) and a few bottles of a rather nice watermelon soda from a vending machine (of where there are many, and they are everywhere outside, and they all work, and they are all stocked, and there is no litter nearby – or
anywhere in Japan for that matter, this country keeps blowing my mind). As you might have figured also, there is wifi in the hotel, so yay.

Tomorrow will be the imperial temple and… idk what else. Look forward to it!