Couldn’t sleep too well last night, but nonetheless, started our day by looking for breakfast as usual, ended up at a small 24h noodle/rice place – kind of odd there, you order via a vending machine and then they buzz you when the food is ready, you seat yourself, eat, and then place your tray on a rack – so sort of like a cafeteria fastfood place. I kind of ordered the wrong thing today, as I kind of just ordered what I felt like at the time, being just some udon noodles with sauce. Oh well. 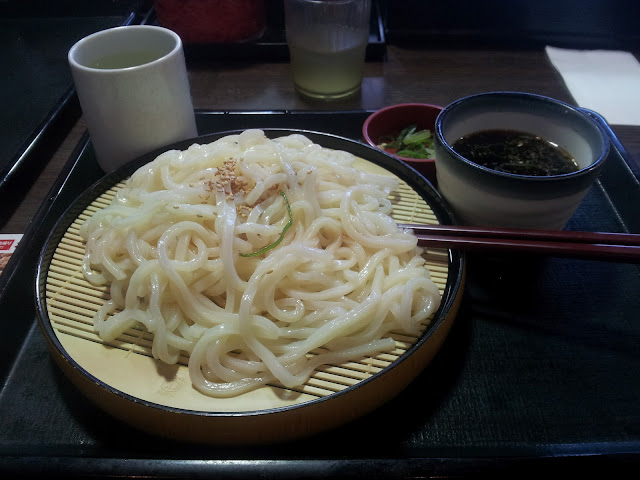 We travelled north, heading to see the actual festivities taking place at the Gion festival (which we saw the night-portion of last night). We ran into a small temple on the way, took some pictures and then continued on, where we eventually saw the festival in procession in full swing, which basically involved massive wooden containers being pushed down a road in 35deg sun. Fun stuff?
It was a pretty impressive amount of people out to see the proceedings. 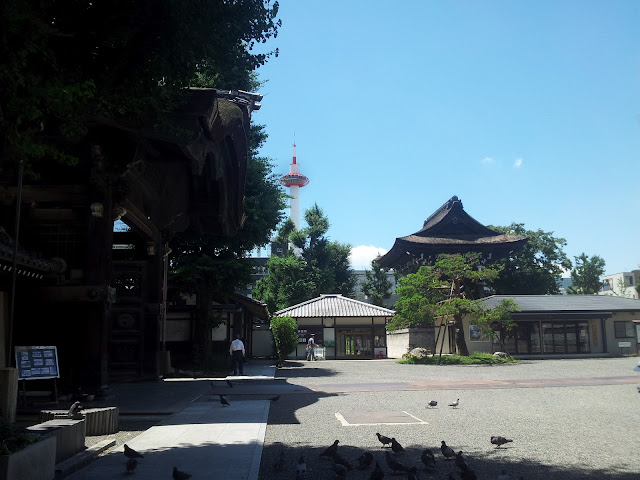 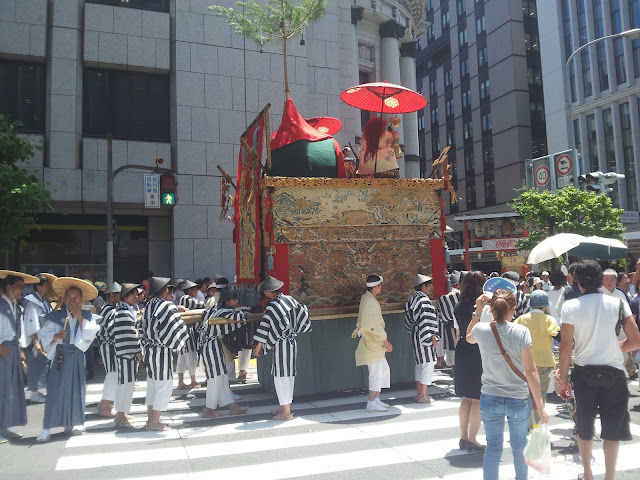 A quick trip through some backstreets, stopping at a lawson’s to get some ice lollys… 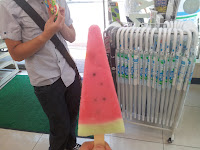 And we ended up at Nishiki market, im not entirely sure if its famous for anything, but it sure is one hell of a big market, spreading as far as the eye can see, and then it fans out and both ways and goes crazy. All sort of divided into their own types of store (ie. one section filled with clothes shops, one dedicated to arts, a small otaku section, and of course, food sections) 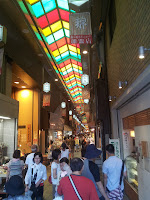 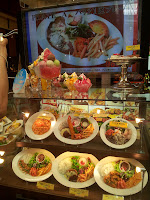 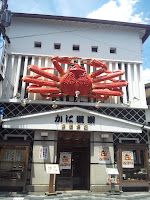 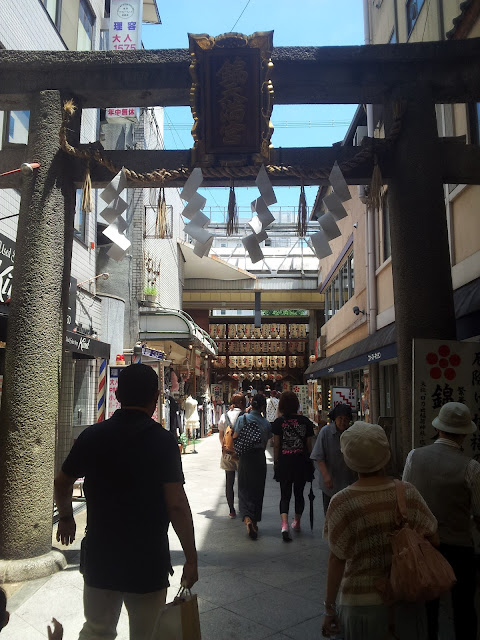 After walking around and having a bit of a shop around, we headed to the imperial palace, our tour was scheduled for 2pm and started promptly at that time. The tour itself was sort of overshadowed by the fact that the imperial palace grounds were huge and plain, resulting in a massive lack of shade – and today is the day the news is reporting highs of 39 degrees C, the tour group quickly split into those that gave a shit, and those that had already sweat out all of their giveable fucks. The parts of the tour talk that I caught were pretty interesting, although most of the tour I was just taking pictures of stuff, the Palace gardens were a really beautiful sight though, with japanese trees framing a pond and bridge with a waterfall in the background, it looked like something out of a postcard. 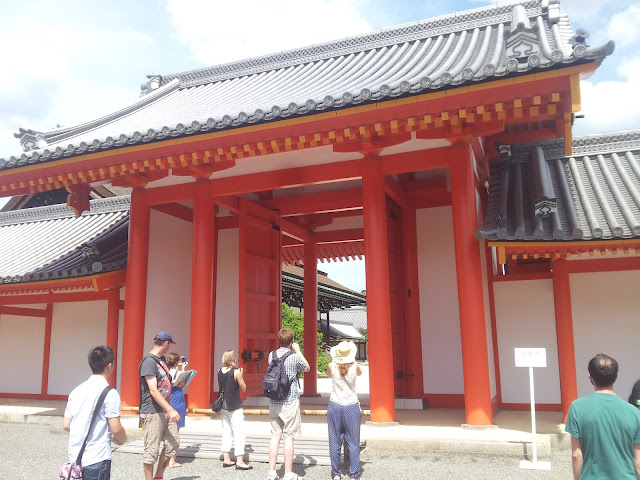 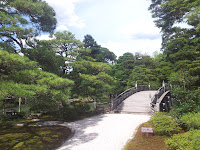 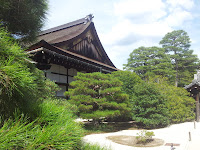 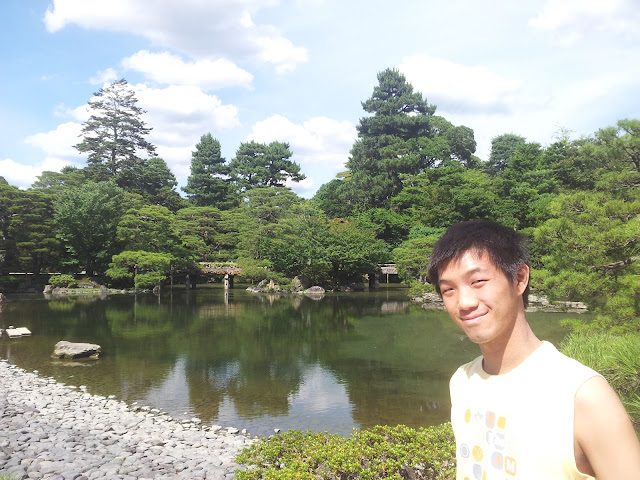 We returned to Nishiki market to finish up our shopping and have a break from the sun, getting some snacks and an icy drink (I got the mango float with tapioca pearls, but the jelly slush my parents had were very nice as well). Got to practice my Japanese a bit whilst trying on clothes and stuff, didn’t end up buying anything though (aside from an umbrella as a late present for my mum’s birthday). We ran into some really cute shops, one which looked like a small pink temple selling hipster stuff for Jap teen girls, and a Ninja themed restaraunt complete with a ninja training labyrinth, which I believe was a maze? Not sure. 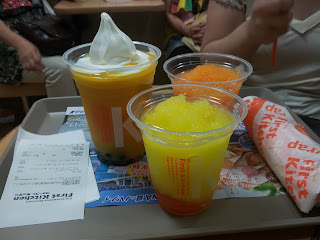 In the evening we went to Gion, famed for its geisha, although when we went it seemed more akin to a red light district, with dodgy clubs and frosted doors with pictures of girls scattered around the side streets. As seems to be fashionable in this holiday, as soon as we start to get hungry we find it hard to find a nice place to eat, we searched around for a good half an hour or so before eventually succumbing to the first half decent food shop we found, which was selling some sort of okonomiyaki (thats it, had seating and everything but the menu was 1 item and a choice of drinks), had it with a ramune. It was an interesting experience, the flavours combining to make sweet yet slightly sour taste as the egg mixed with the spring onion and meats, the top had been drizzled with some sort of worcester sauce, which was slightly bizarre and spoilt the taste a little, but in small quantities (like the top/middle) it was very nice. 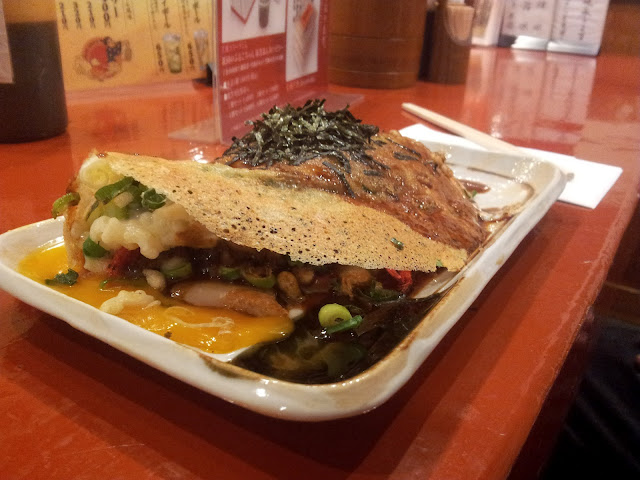 Our dinner was kind of cut short by screaming outside, and a wave of police, turns out ANOTHER parade/festival thing was happening before our eyes, we went out and got to witness firsthand a group of children with fans chanting at a larger group of men, “Ocho Ocho!” (or something to that effect) which was echoed back with a manly as fuck “OCHO OCHOO~” as a 80 strong group of men clad in white was throwing around a golden shrine with their shoulders. It was quite a sight to behold, but over way too fast. 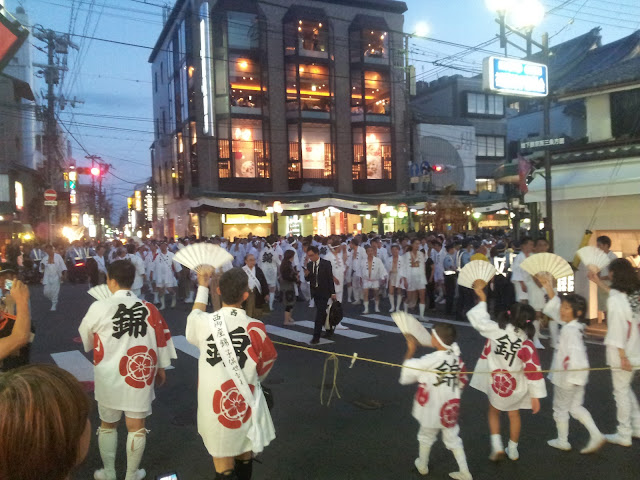 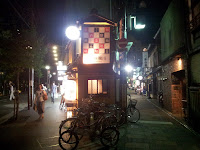 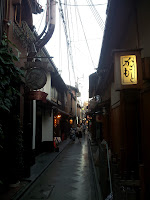 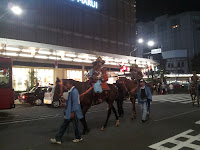 From here we tried to head back home, tried to take the cheap option and walk to the nearest tube station (as opposed to the nearby station which was some other line which would have cost us a few hundred yen), it was the wrong choice, and we ended up walking for about an hour or so (not what you want after walking all day in the heat). Got back to Kyoto eventually, grabbed some snacks from the local lawson again (just some sushi) and watched some crazy Japanese tv.

Not sure if related – The Yuru yuru Season 2 anime opening and ending and 5th and 6th in the Oricon Japan Charts at the moment, I actually saw the single on sale in Akihabara Gamers yesterday, kind of crazy imagining enough people buying it that it charts (and top 10 as well)
Tomorrow – A day trip to Osaka.