Straight off to the mall for breakfast/lunch, got there just before they were all opening and got to experience the Japanese staff pep talk, lots of shouting and manly osu! noises were made, and then we got to try using a vending machine to order our food. 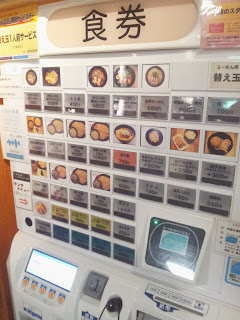 Basically, you put your money in, select your food (ticket comes out) and then when you’re done ordering they welcome you in and they have already prepared a table for you whilst you was ordering. Sit down, food arrives, and is amazing.. We were in a ramen shop, with shredded beef and a marinated boiled egg or something, you also crack a raw egg over the top of it, and it semi-cooks whilst you’re eating, its nicer than it sounds. 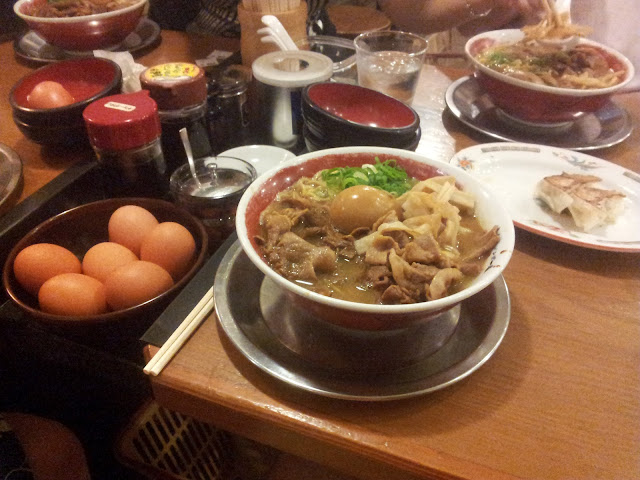 Next up, a bus to the golden temple, which took what felt like an eternity. It was stupidly hot again today, around 38 degrees id imagine, with hardly an breeze. Had some shaved ice as soon as we entered the temple area, strawberry milk ice with some mochi, very nice and refreshing after trudging around in the heat.
The temple itself was pretty nice, with lots of greenery to match the old buildings, not a whole lot I can say other than throw some pictures up. 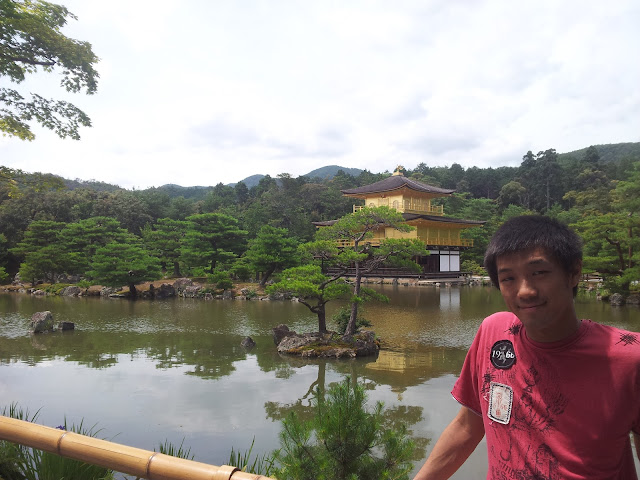 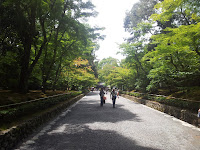 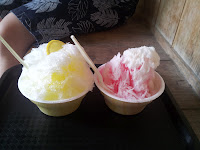 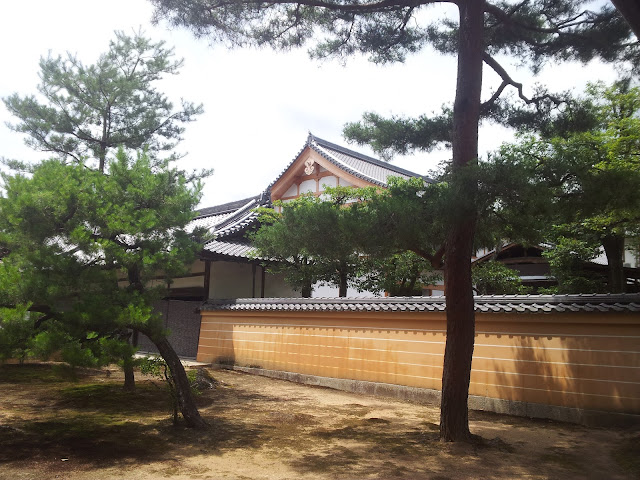 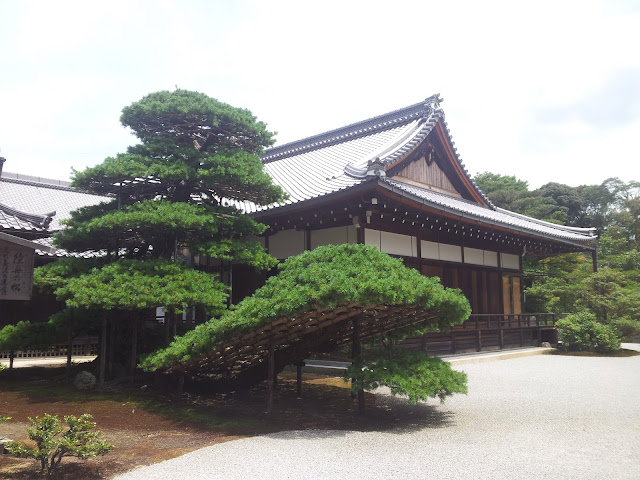 We planned to visit another temple or 2 afterwards, but it was just way too hot for that, so we decided to head to around Nishiki market to have a little shop around and cool off in the air-con areas. Ended up going off in a seperate direction with brother, and found a nice little arcade to spend an hour in. Brother spent most of his time trying to learn how to play the new Persona4 Arena fighting game (which is visually very impressive, and awesome to watch, plays similar to blazblue from what I could make out).
I headed to the top floor where they had a Bemani section, bought an E-amuse card for a few hundred yen (thought it’d be interesting to experience e-amuse, as well as a nice souvineer). I tried the new ‘Sound Booth Voltex‘ which was pretty crazy, not entirely sure how to describe it, I guess…a 6 button music lane game with 2 knobs for tweaking whilst you’re playing, its a pretty nutty game to play well with needing to turn the knobs very precisely, the judgement is pretty strict too – on the plus side, it runs very smoothly, looks impressive, and the cabinet is gorgeous, with see-through patterns on the booth lighting up and flashing as you play. Also played some PopN and Jubeat, flopped the former pretty hard.
Wanted to play some IIDX but the machines were all hogged, especially one of the machines which had a girl going crazy on for all the time I was there, found out later that its a pay 1k Yen, play for 1 hour – Kind of a cool deal if you’re trying hard songs and know you’re going to fail out I guess.

Left the shopping area and had a quick trip on the bus to another temple, a smaller one, but it was still very scenic and pretty, bordered one the far side by a forest and mountains, and bordered on the other side by the bustling streets of Kyoto. Have some pictures, im sure you dont need me to tell you what walking around a temple involves. 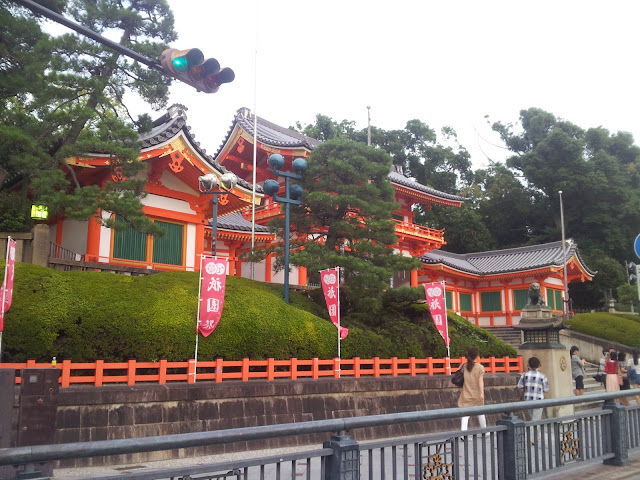 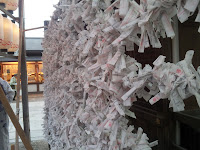 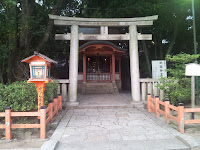 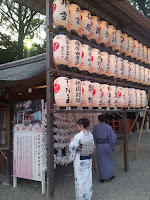 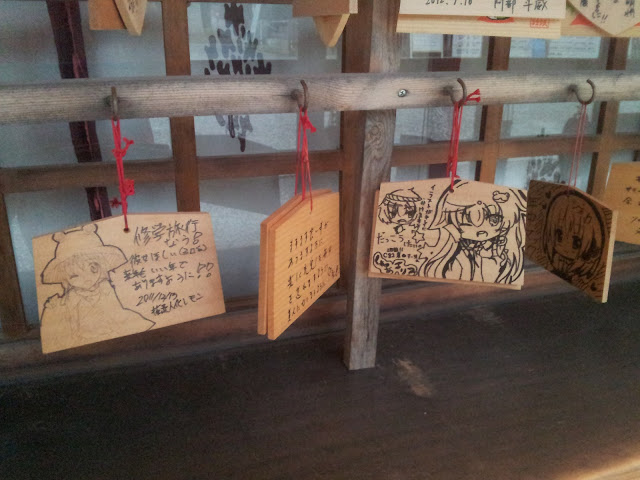 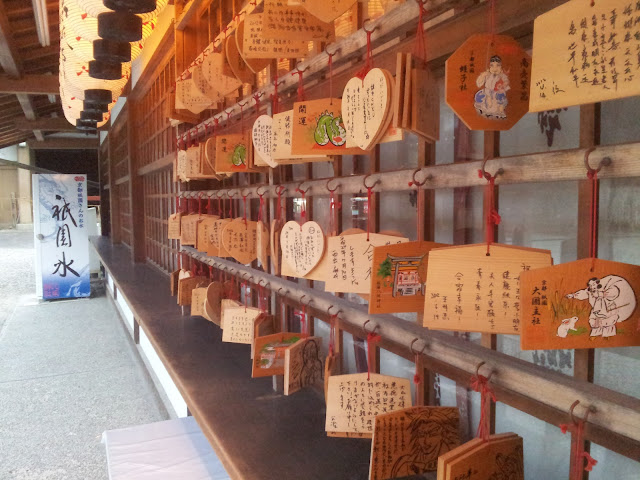 Moving very swiftly on, we travelled back to the station by bus and spent ages looking through all of the 20-30 restaurants available before settling on the busiest, a Katsu restaurant – Katsu is pretty popular in Japan, a sort of meat/fish breading, its fried with fresh breadcrumbs though (unlike most of the shit you’d get in the UK). I ordered pork fillet with prawns, the meal itself also comes with shredded cabbage, rice, and miso soup (all of which are free refills). The meal was delicious, one of the best we’ve had here, the katsu obviously being the star of the meal, with a very crisp outer coating, and tender meat inside – the cabbage constantly providing a bittersweet freshness to enhance the flavour of the meat. 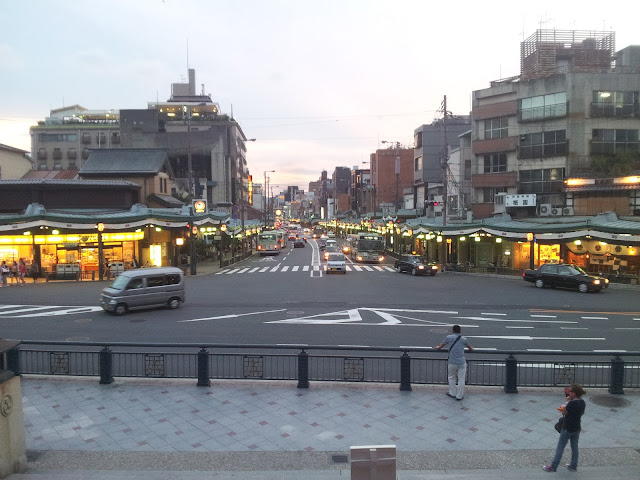 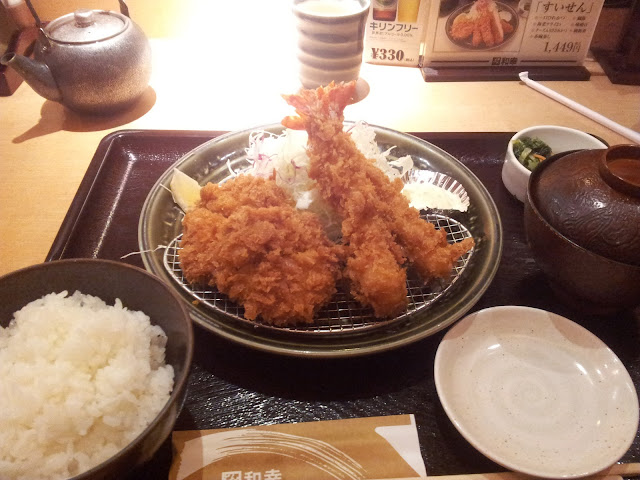 Lastly, we had a look in the massive electronics store near the station called yodobashi, a 8 floor beast (inc B1) which is quite literally the size of a city block (the bottom floor is slightly smaller – allowing for other shops around the block, but the higher floors… fucking hell you get sore feet just walking around the place).
For an example of how big the place is, we were on the 2nd floor and mum sent me in search of the brother, pointing in the direction he went off in, it took me 10 minutes of searching (on 1 floor) before giving up.
The music/dvd section itself is easily larger than most HMV’s in the UK and obviously doesnt include the phones/cameras/music/tvs/hifis/instruments/games/computers/washingmachines/etcetc that this ultrastore has.
I still find it weird that they have a section for anime music, I also learned that J-pop in Japan is still called J-pop, odd that.
Also, the music area had its own AKB48 section, which was about as big as other entire genres (although the aisle included music/concerts/tvshows etc, not just music)

unblogged: lots of stuff ive already experienced and blogged about, we visited quite a few stores, browsed around an anime figure shop, food basement, etc etc.

Also, Downtown DX is on TV and verymuch distracting me from blogging, some mentalist is doing mind manipulation and fork bending with Matsumoto and Hamada