The first portion of our day was spent heading to Kyoto shinkansen to head back to Tokyo, A quick pop down into the B1 floor of the Isetan mall underneath the station to pick up some lunch (sushi) and then a 2.5hr journey by bullet train. 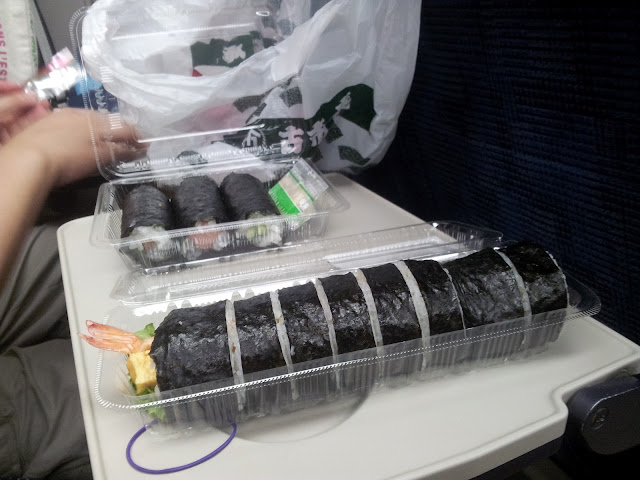 Nothing particularly eventful whilst in transit, and then from Kyoto, journey back to Ikebukuro -> Shiinamachi and checked back into our hotel (which, for reference is ‘Family Inn Saiko’ – good sized rooms, good air-con, clean, friendly english speaking staff, very good in general but a little far from everything (10m walk to station, 10m walk to station platform from Ikebukuro). We had a little rest before heading back out, then headed via train to Shibuya.

Shibuya is home to the infamous batshit insane crossing that is always shown when people talk about overpopulation, a manic crossroad which is also surrounded by a station, and a few grottos – making for a serious amount of people, waiting for the lights to turn green felt very similar to participating in a mosh pit, the green light replacing a guitar solo (or that guy from disturbed or something i guess, if you’re into that sort of thing). Shibuya is serious city stuff, highrise buildings everywhere and shops everywhere. We walked past the Shibuya club sega but decided to give it a miss as we had already been to the 6 floor one in Akihabara the other week. 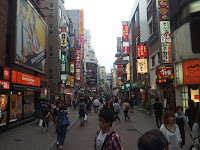 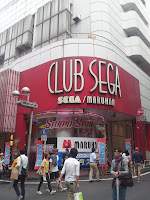 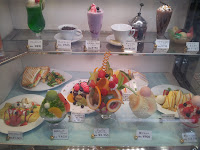 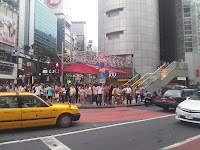 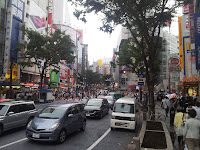 We ran across a ‘gari gari festival’ in the middle of the city, Gari Gari is the brand of ice lollys most famous in Japan, a massive happyfacesquarejaw guy being the mascot, you usually only see Soda/Pear flavours in convinience shops, but this hut had around 6 flavours to try – Melon obviously had to be eaten.
Only problem is that it was still crappy weather from the other day, and the freezer keeping the ice lollys was obviously designed for what can only be described as ‘more extreme’ conditions. Resulting in… 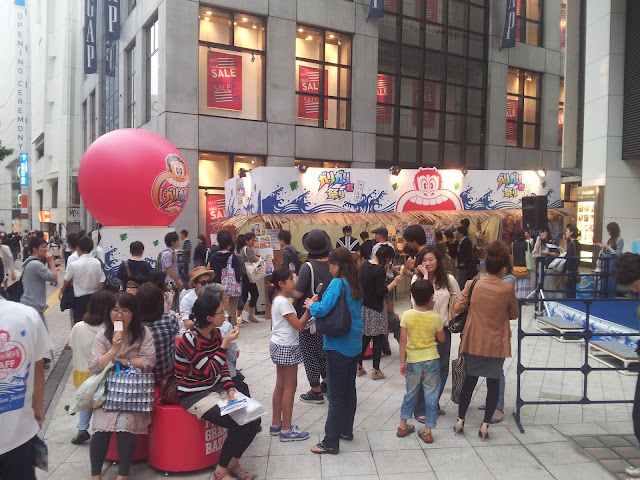 We went into a few various shops around the area, the disney shop was particularly impressive – the level of decoration on par with disney land itself. We also went into tower records (a large music shop), I still maintain that the prices for music there is way too expensive, their methods of advertising the music however is awesome – big fans of little screens, handwritten cards next to albums, drawings of anime characters next to ‘we recommend’ tags, and lots and lots of listening stations.
They seem to be pretty big fans of western music, with a big display for the new Offspring album which just came out apparently (and is pretty good from what i heard of it). They have a fair section for K-pop and crazier stuff like J-reggae as well though

We went into an arcade or 2 during the day, registered my card on PopN 20 and finally got to try Reflec Beat Limelight (this game), played on a beautiful gigantic vertical touchscreen – the game is a music game with a visual style similar to Pong (on crack), you play by touching the bottom line or top left/right circles to hit back the balls. The game can be played against a friend on another machine, or can be played against AI or Online (if you’re using E-Amuse, like I now am). One of the cooler features is that it also cross-levels with IIDX Lincle (what IIDX are we on now? 19? I dont even fucking know anymore), playing/leveling up in Reflec Beat will also get you new songs in IIDX and vice versa.
The game itself is SO much fun, easy enough to start playing, (im currently at around a level 6, out of I think 12 or so) . On my first play when i was trying to place my skill level – I did my usual procedure – start on a hard easy song, then medium medium song, then hard song and see what happens. Hard mode fucking raped me, the bottom line wasnt tooooo bad, but the higher circles (turns out there are 3 of them on hard mode) was just too much to keep track of, I tried using my brother and father to help out with the higher notes, and still failed. 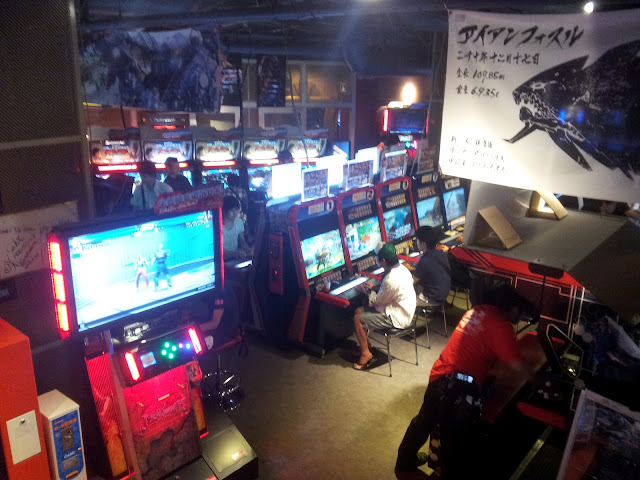 Dinner was in a ramen shop, and ordered by vending machine, because we’re lazy like that. I had a Pork ramen, with fried chicken balls and onigiri.. Was yummy. 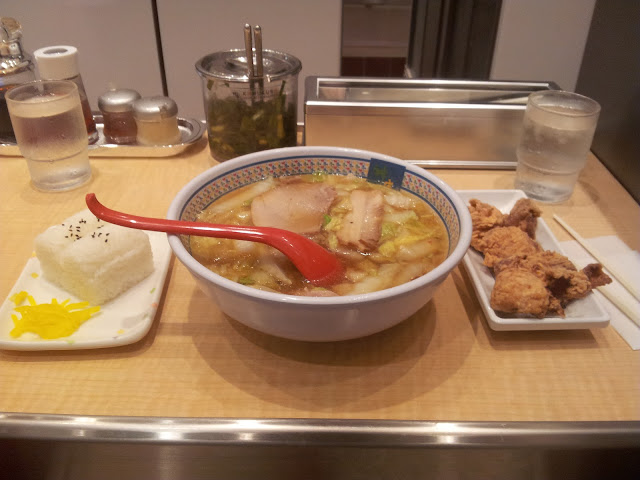 Headed to Shinjuku next, which seems to be the nightlife capital of Tokyo, filled with maid cafes, karaoke, hostess bars (and other dodgy stuff), and a fuckton of pachinko arcades (and a few normal arcades too). The amount of restaurants and bars here was insane. not a whole lot else to say about Shinjuku, have some pictures instead. 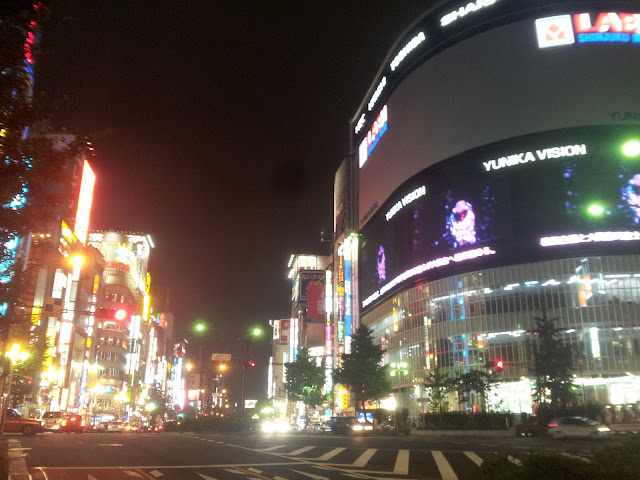 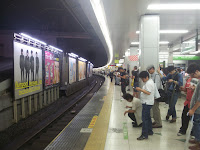 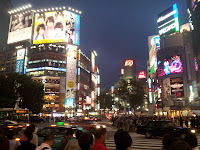 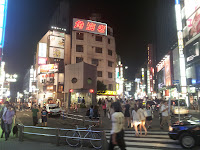