What you should be watching this season (Summer 2012 Anime roundup )

I realise this post comes a little late as we’re just over half way through the season, but its at this point where you can say for sure you are enjoying a series – in that, if you don’t actively want to continue watching it, it probably wasn’t any good to begin with…

Not much good showing this season, but here is what you should be watching…

About a girl full of luck, and a god of misfortune trying to steal it from her. The show obviously doesnt quite play out like that though, and quickly just turns into a character driven comedy – which probably works out for the better as the characters are all pretty entertaining (a bitch, a god, a masochist dog, a pervert priest, and more as the show goes on).
The show (as can be seen in the picture) is also full of references to other shows, which is usually amazing. aka. Gamers dream.
New MMO comes out, you jack into it matrix style, then the developer turns out to be peter molyneux and he has disabled the quit button. Everyone is trapped in the game, you die in the game, you die in the real world. The only way out is to beat the game.
The anime follows kirito, the black swordsman, who, like your typical tryhard gamer – solo’s through the game and becomes overleveled and powerful as fuck. Its a great watch. 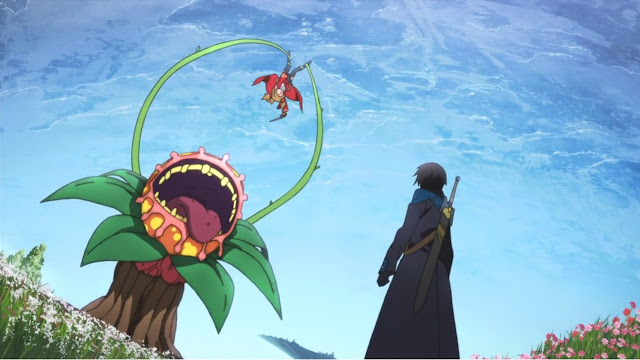 Space brothers – Which you should still be watching from last season.

Yuru Yuri 2 – Sequel, more of the same, if you enjoy schoolgirl comedy you should check out the first season and then watch this as well. Its one of the funnier ones imo.

Humanity has declined – bit too boring, confusing and nonsensical

Kokoro Connect – Very watchable, but I’m not sure if id recommend it.

The ambition of Oda Nobuna – Again, very watchable, but not really good enough to recommend. I think a lot of people would find it boring.

Not even worth hyperlinking tier:

Tari Tari, Total Eclipse, Nakaimo, H Dekinai, Arcana Famiglia
All of which are complete trash. Moyashimon 2 probably goes in this tier as well, but I didnt give it more than 1 episode because it bored me so much.