Note: Readers in the UK can get this game for cheaps/free by buying/photographing this months edition of PC Gamer magazine. There is another code in there for DOTA2 beta invite too.

Payday has been out for about a year now, and is probably a game you’ve heard of, but never tried playing or felt interested in looking into. I was the same, until I activated my copy of the game and started my first heist. 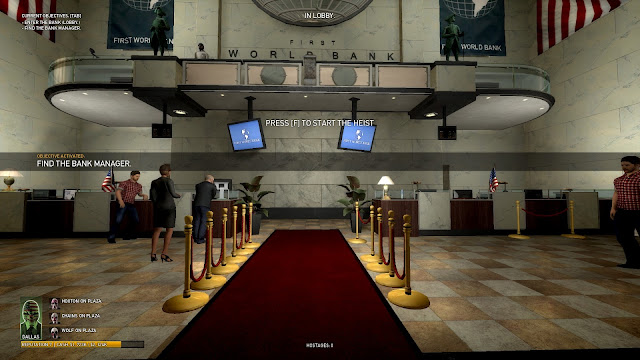 The game premise can be simplifed down to something along the lines of…
Get in -> Get the money -> Get the fuck out
However, ‘get the money’ is usually easier said than done, being protected by vault doors, keycodes, buildings and so on. 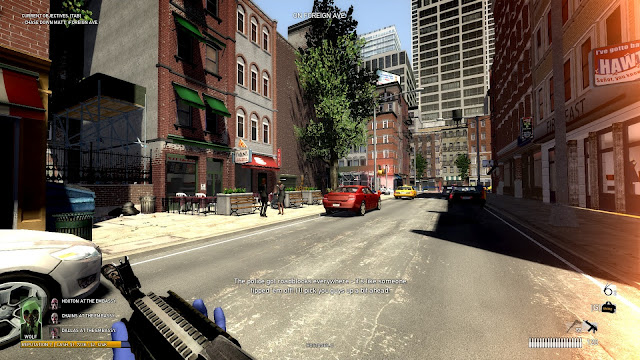 Gameplay feels like a very objective focused Left 4 Dead, those who have tried gas grab mode (or whatever its called) will have the best idea of what to expect here, the difference of course being that instead of fighting off waves of undead, you fight off gunmen, and instead of special infected you have special forces (SWAT, Shields, Snipers, CoD Juggernauts).
Its fun and frantic, fighting off police assaulting the building whilst juggling health, ammo, teammates, objectives and trying your best to keep hostages detained, all the while drum and bass is pounding your desk (if you’re playing with the volume up like I was anyway) 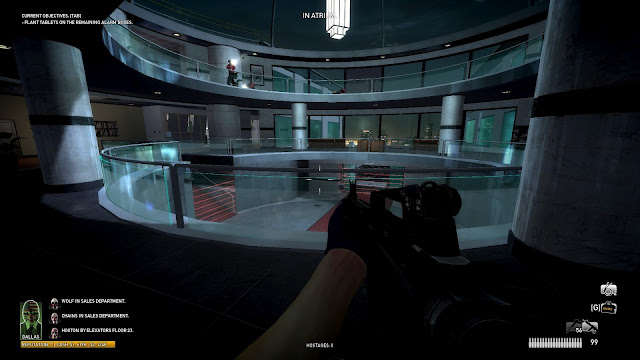 As far as replayability goes, The upgrades system is sort of cool, where you can level up to 145 (or maybe higher) and can pick what upgrade path you want to take for unlocks, skill upgrades and gear upgrades. The game also seems to use something similar to the director AI in L4D, changing up the level slightly each time – an example I encountered is one of the helicopter pilots who drops C4 for you, he is supposed to drop it on the roof but sometimes he is completely shit and drops it off the side of the building, whereby you’ll have to go from the roof down into the alley on the side before you can continue. Its also worth noting that the game is hard as balls, the game announces the average success rate for each heist on each difficulty, the average success for normal across all heists is around 35%, and with 4 difficulties, ‘overkill’ mode (the hardest) drops that down to single digits.

If you have 3 friends and are looking for co-op style games similar to L4D, Payday is a pretty fun and surprisingly difficult excursion. Defo worth it if you ever see it on sale, and possibly worth it as long as you have a dedicated group up for a challenge. 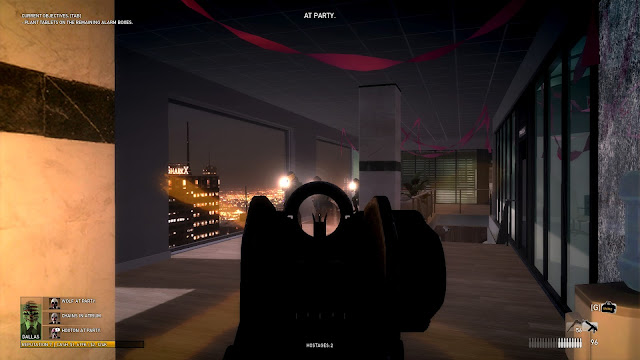