What you should be watching this season (Autumn 2012)

A future world where law enforcers can arrest/kill individuals based on their likelihood of committing a crime in the future, and the law enforcers are criminals themselves. Im enjoying this one mostly for the universe it has been set in, where you can change outfits at the press of a button, and your future can be dictated to you by the system. Its a slow moving action sci-fi with great art. Also gore if you get shot in the arm by one of those enforcer guns… 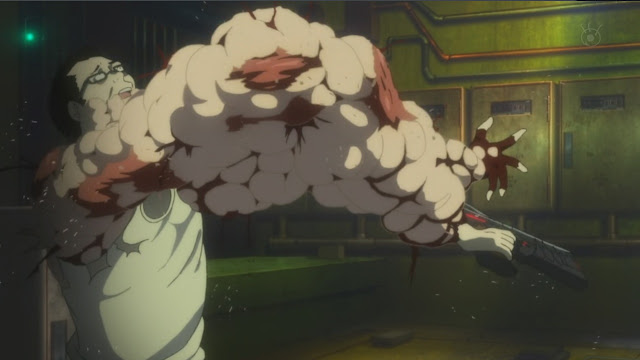 This is my personal favourite of the season by a landslide.
Romantic comedy with a very lovable cast of characters. not really much else to say here, Romantic comedies are pretty standard in their method but this one is well executed. Also an amazing Ska intro. 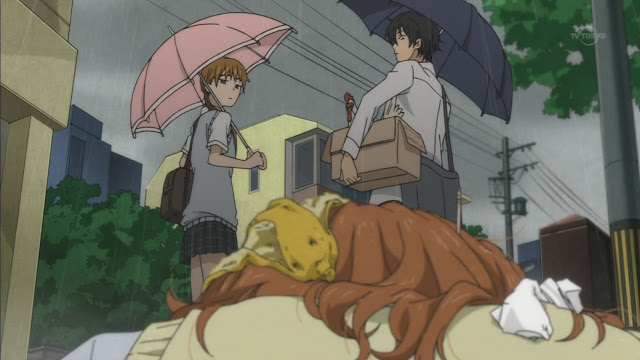 Follows the first series of manga (the phantom blood arc), Its fucking Jojo vs Dio at its best, the art style is pretty cool in that it goes all manga style every now and then. The anime thankfully skips most of the boring stuff in the manga and condenses it mostly into the first episode, bare this in mind if you start watching in that the first episode is pretty boring but necessary to establish Dio as a complete asshole. I’ve read this arc in the manga and the action is going to keep ramping up until people are setting their hands the fuck on fire and punching through people. 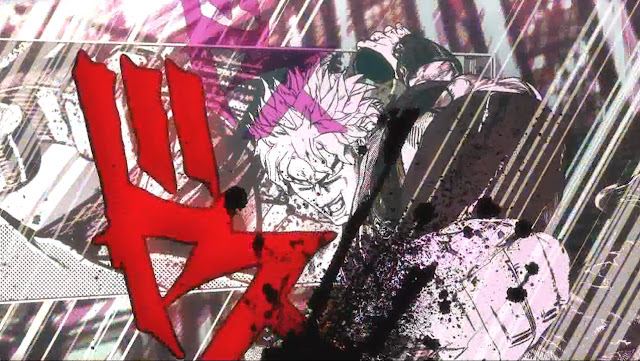 Another season, another school club. This time the robotics club in their attempt to build GUNVARREL, a giant robot, to enter into a competition. Seems pretty slow starting for now but is very watchable. This is also from the same writers as Chaos;Head and Steins;Gate, both of which contain some ridiculous twists as the series goes on, its been revealed in episode 2 of robo;notes that the main girl suffers from a syndrome where occasionally 5 minutes will pass by in a second for her – so something tells me shit is going to get crazy later on. 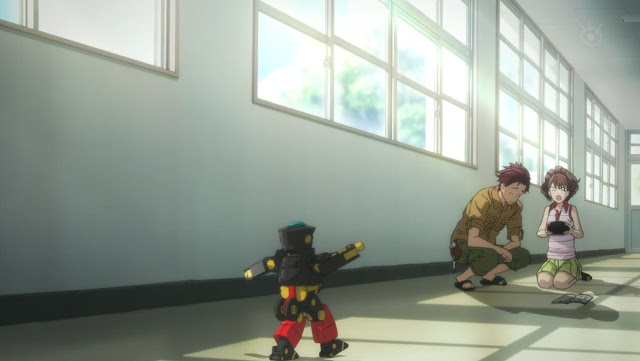 Suki-tte ii na yo (Say I love you)

A Romantic drama, which seems to be progressing pretty damn fast with confessions flying by 2nd episode, which is a nice change of pace for anyone who watches these sort of series (for comparison in Kimi ni todoke I think it took a 26 episode season). Its a decent watch so far, although the central male in this seems like kind of a rapist. This one is mostly a serious show, so if you want something more lighthearted watch Tonari no kaibutsu (above) instead.

Chuunibyou demo koi ga shitai
Regardless of my adolescent delusions, I want a date!

Moeblob of the season, from the studio that made K-on I believe. A comedy which reminds me a little of haruhi, with a straight man and a girl who is obviously high as hell. A fun watch if you can stomach the moeeeee~
Also, she has an eyepatch, because people are into that apparently. 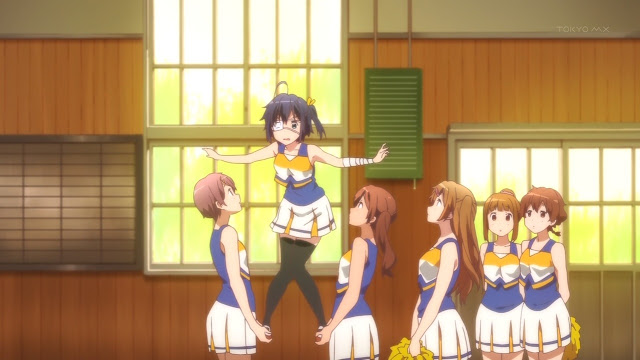 Hidamari Sketch Honeycomb (S4)
Season 4 of hidamari apartments, if you’ve watched any of the previous seasons  you know what to expect, if you havent, and want a very chill slice of life comedy, check out the previous 3 seasons first.
When I started watching from S1 I finished all 3 seasons in 3 months (that is to say, it was good enough for me to come back for more)

Bakuman S3
Its Baku again. Still good. This is the one that was originally based on a manga about making manga.

The Pet Girl of Sakurasou
Comedy about…. Honestly I’ve watched 2 episodes and i dont have a clue what im watching. Its not bad, but its not very memorable either

Shin Sekai yori (from the new world)
From a future world where people have esper like abilities, bad students get murdered? Or something? Its okay. I’ve stopped watching though.

Onii-chan dakedo ai sae areba kankei nai yo ne!
Anything with onii-chan in the name is generally trash, this reaffirms.

Hayate no gotoku: Cant take my eyes off you
A reboot of a series which used to be good. Watch the original instead of this crap.

Btoom!
Guy gets sucked into a desert island which is also a call of duty 4 server, that is to say, everyone its battle royale and everyone has grenades.

K
Fuck knows what this is. Watched 2 episodes and I want my 45 minutes back.