What you should be watching this season (Winter 2012)

Not too many good shows this season, so this’ll probably be quick.
Full list here

Its almost like watching an anime based around playing Civilization V, the jist of the plot is a hero goes to kill the demon lord – who then convinces the hero that the war effort is necessary for the economy of the country because the kingdom is currently united against the demons. They then go about trying to fix the economy by travelling and helping towns/villages with their problems (food shortage, etc)
Its a weird show, and it has its own binges of rom-com mixed in occasionally, but on the whole it seems a decent enough watch. 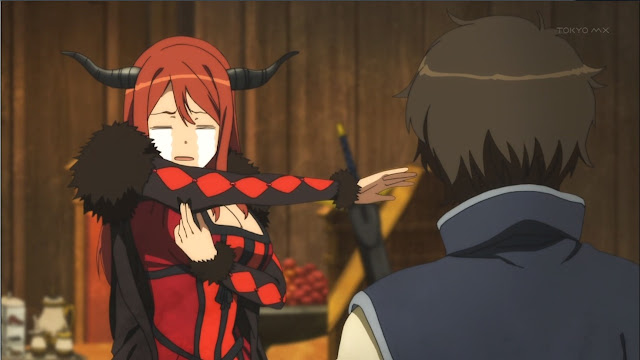 Tamako Market is this seasons Kyoani release (studio behind K-ON and last seasons Chuunibyou), it shows through its moeblob animation style, gentle pacing, and its ‘nothing ever actually happens in this show’ plot. Regardless however, its a comedy involving cute girls doing cute things – accompanied by an obese talking bird. Its entertaining enough to warrant a look. 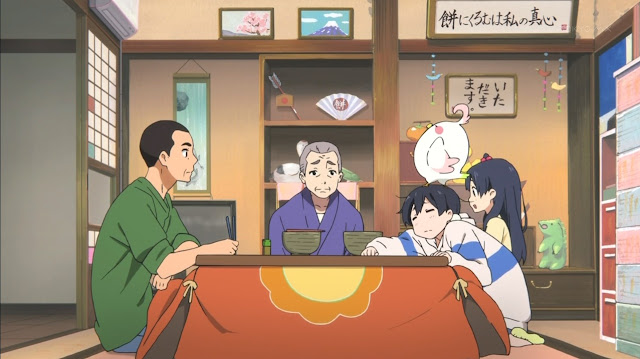 Im pretty on the fence with Kotoura-San, it had a pretty strong opening episode but as we’re going into episode 3 im not quite sure how I feel about it.
Kotoura is a girl who effortlessly reads minds, interestingly however the show has gone in the direction of portraying it as a curse rather than a gift, focusing on the hardships of being outcast for not being normal. The show tries to balance it out with some cheap comedy and what looks like the beginning of a love story but its anyone’s guess how I’ll feel about this show come episode 10.
For now however, its probably worth keeping an eye on (and hell, i’ve got to blog something.) 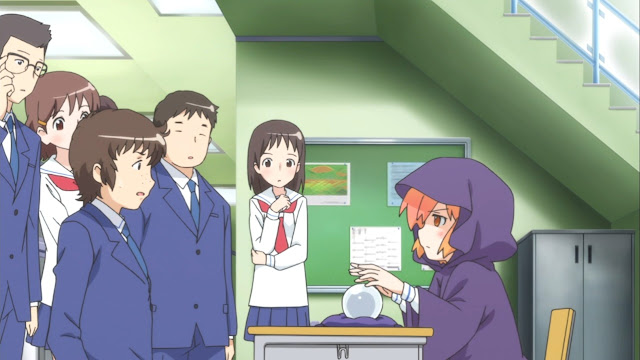 If you liked the first season, you’ll probably like this. If you haven’t seen the first season, and want a non serious love polygon comedy with quirky characters (a goth loli, a nun, a pervert scientist, a bimbo who plays eroge, a cross-dresser and a bully) then check out season 1

I didn’t have particularly strong feelings for this one after 2 episodes when I did my last WYSBW, but after getting to know the characters better (and watching them know their characters better) I can say that Sakurasou is one of the better shows currently airing, and was one of the better shows last season as well. Its a plot driven love polygon comedy, and I cant help but feel half the fun comes from rooting for your favourite character in the polygon. #TeamAoyama
It was revealed it was a 2-cour, so this will be airing until the end of the season at least probably. 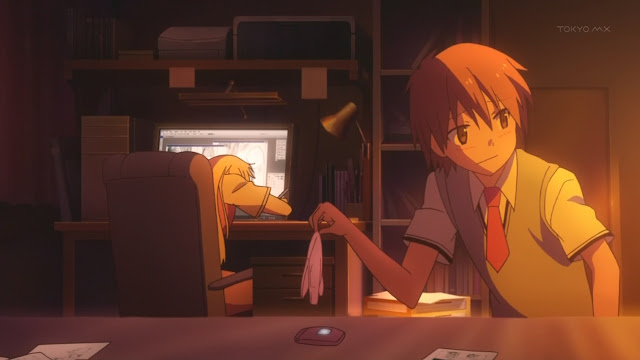 Oreshura
aka. Ore no Kanojo to Osananajimi ga Shuraba Sugiru / My girlfriend and childhood friend fight too much

Yeah, with a title like that…
Not sure how I feel about this one yet, seems pretty mediocre, but its such a dismal season for anime i’ll probably end up watching it anyway.
A hot girl forms a fake relationship to prevent other guys from hitting on her, and then the childhood friend gets involved…