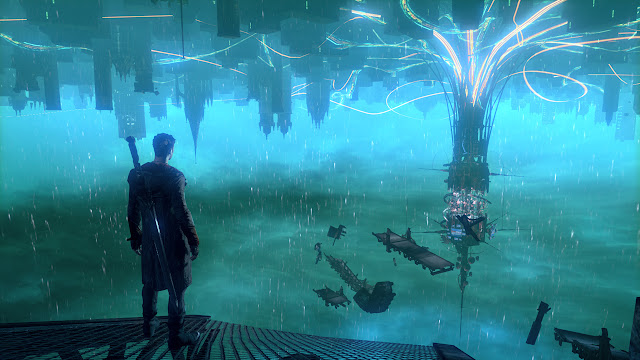 DmC is the best action game I’ve played since Bayonetta.
The combat is fast and fluid, the pacing is well thought out, the environments are varied and vibrant (though occasionally a little dark), the story is not abysmal (which is actually a massive plus for this genre), and the soundtrack is thumpin’

The few complaints I have about the game are its short length, and its reluctance to let you use Devil Trigger (which looks amazing btw).

I don’t think there is a whole lot more I need to say about this game really, its really fucking fun – and whilst it doesn’t really feel like a Devil May Cry game, developer Ninja theory should be proud in knowing that in my opinion, its probably better than all of its predecessors, and that it would easily stand on its own without ties to that universe.

Also, play it on PC, the console versions run at 30fps whilst the PC version runs at 60 and is well optimized.

Lets hope this is the start of a good year for gaming, though I already suspect you’ll be seeing this in 2013’s top 10 list.