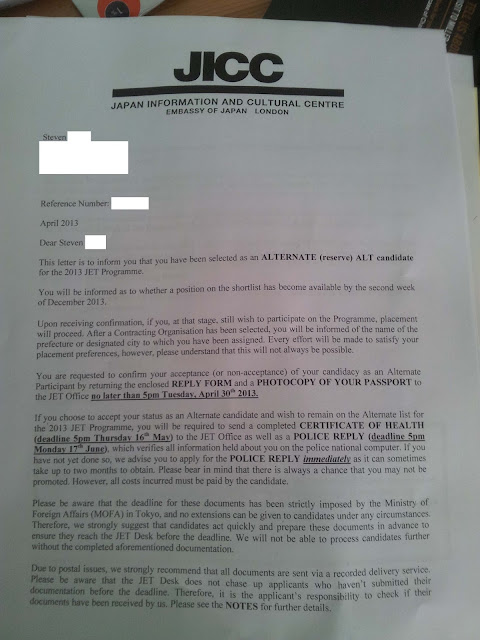 Rather annoyingly, this is pretty much the worst scenario for me.
Obviously I would have preferred to be on the shortlist and so not have to worry about this sort of  thing, but I might have been happier just seeing ‘Declined’ instead of ‘Maybe, Maybe Not’.

I now have to fill in a ton of forms, get health checks, police checks (which apparently might cost me up to £100) and send them all off (they want them by recorded post as well for some reason) and then they’ll let me know if im going anytime between now and supposedly December (though another website says promotion past End of June is very unlikely).

With a confirmed I could have gotten a part time job and worked on my Japanese or something to prepare, but now I guess I pretty much have to assume its a fail and look for a full time job – and nothing is going to piss me off more than if I get a full time job with a contract and then they offer me a position…