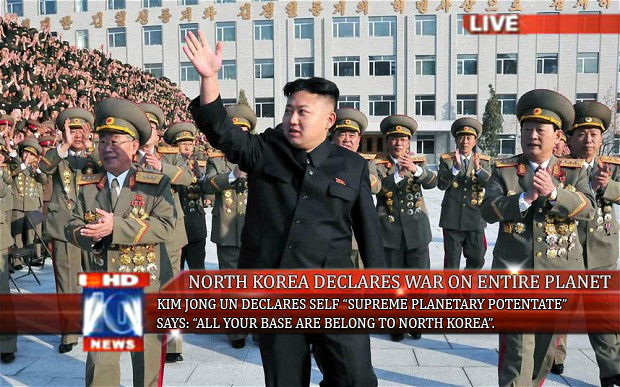 “In a commentary carried by the Korean Central News Agency (KCNA), the communist country lashed out at Tokyo’s standing orders to destroy any missile heading toward Japan, threatening such actions will result in a nuclear attack against the island nation.”

Korean logic = We are going to shoot missiles at you and if you don’t get blown up you are totally declaring war on us.

What a complete joke of a country, perhaps only a matter of time before North/South Korea turns into the United States of Korea after murders KJU