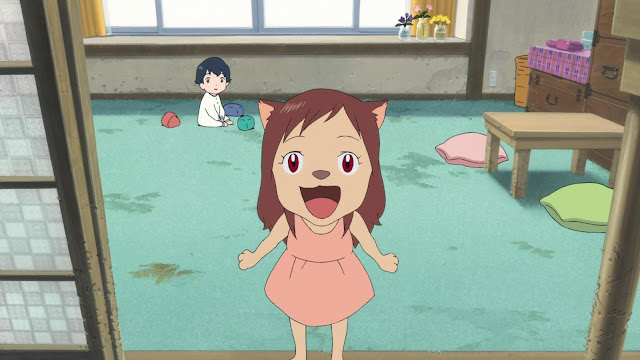 Director Mamoru Hosoda seems to be on a hot streak after The girl who leapt through time, Summer Wars (the best Japanese animated film of all time imo) and now Wolf Children.
The film is 2 hours long and takes the viewer for an emotion fueled trip through the life of mother Hana, who falls in love with a wolf and subsequently has to raise two.
Wolf Children is filled with joy and tragedy similar to life itself, and has a very lovable cast of main characters – which is just as well as the film would likely drag on if not for the rollercoaster stylized plot.
The animation is top notch as you would expect from a film of this scale, scenery is beautiful and detailed whilst characters are kept fairly simplistic and yet detailed where it matters (facial expressions and so on).
Segments of the film become almost an orchestral music video, with the film becoming almost a backup act for the music.
I can’t really say too much more without spoiling stuff, but it is definitely worth a watch, this is a film that will make you laugh, hold your breath, and maybe cry. Watch it (Commie sub link) 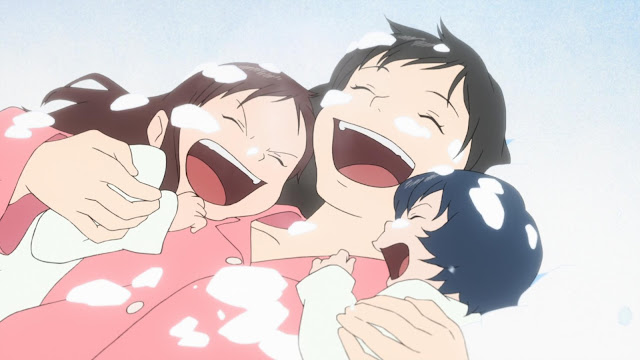