XboxOne – And why if they dont step it up at E3, they will lose to sony.

Home » Games » XboxOne – And why if they dont step it up at E3, they will lose to sony.
Games

The Sony hype train is still going pretty strong after their Februrary announce, their show was a strong one showing off some amazing ingame graphics and plenty of exclusives. The console itself had a share button and a few other gimmicks (touchscreen pad etc) but for the most part it was clearly being marketed as a next generation video games console. 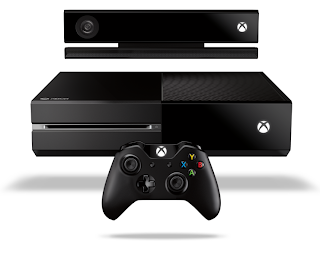 And then we have the Microsoft XboxOne announce yesterday, a hulking beast of a console which comes bundled with a Kinect 2.0, which also looks to be fucking huge. Microsoft have gone the way of attempting to replace your TV box, and whilst this may work in theory, im not sure how many people would be willing to go out of their way and make that change – most tech-savvy people nowadays stream or download their TV from the internet, and those who aren’t tech-savvy…. you think they’re gonna want to replace their cable box with a games console?

An inside look at xboxone development included this line – “We purposefully did not target the highest end graphics. We targeted it more as a broad entertainment play.” – Im sure i’ve heard this sort of argument somewhere else before about a console that isn’t doing so well right now.
Most are presuming that the underwhelming graphical power is because of the physical cost of bundling a Kinect2 with every console (and not charging $799 for the thing), presumably the Kinect and all of its fancy motion gesture and voice command things will also be pulling computational power from the console itself at all times Anyone who saw the conference will likely agree that Call of Duty Ghosts didn’t look all that great really, it looked slightly above current Gen console level, and probably still behind the graphical quality we can see in games like Battlefield 3 on highest on PC.
also. nobody gives a shit about the scar on the dogs nose. Like seriously? That’s your cutting edge technology? High res textures?

And then there are the other problems….
– No used games (without extra activation costs)
– Necessity to be online at least once every 24 hours
– DDR3 as opposed to sonys GDDR5
– Only 5 GB of ram (as 3gb is reserved for the ‘3 OS’s ‘)
– No backwards compatability
– The shitty name
– Probably lots more.

Heres a rumored specs list taken from a sankaku article

All rumors, but those hardware specifications seem like they will become outddated pretty damn quickly over the course of the next console cycle (which I would expect to last at least as long as the current one, if not longer – so 8+ years)

Heres a video summary of the entire conference